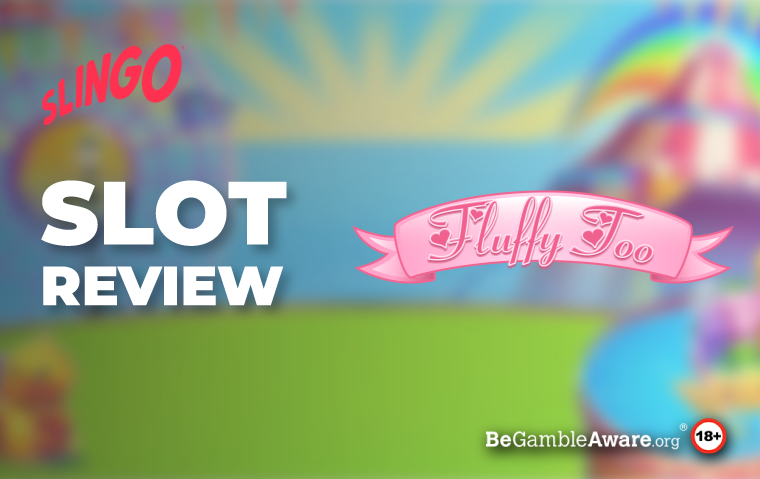 The Fluffy Too slot machine features new and cute creatures set in a carnival theme that you'll recognize from previous games. But don't make the mistake of thinking that the Fluffy Too slot game is all fluff and no filler! There are numerous incredible prizes to be won, some of which may fly to incredible heights when multipliers are applied! There's also a jackpot and a free spins round, ensuring that the Fluffy Too game keeps you amused while also giving you the warm and fuzzies!

The following symbols are used in the Fluffy Too slot game:

The Basics: How to Play Fluffy Too Online Slot 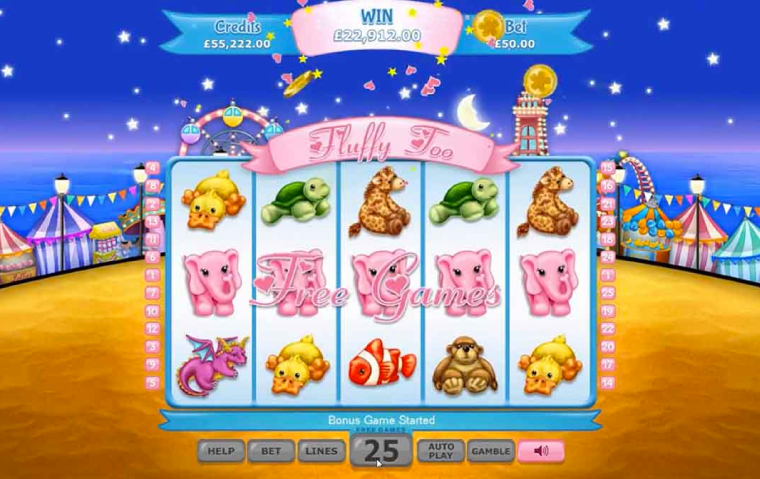 The Fluffy Too online slot is simple to play because of its crisp and clean design, which has been designed for all screen sizes, making it a superb mobile slot. The Fluffy Too slot machine has five reels and twenty-five pay lines. Because of its basic appearance, the Fluffy Too slot online is ideal for beginner and casual players. There are a number of brand new plush characters to choose from, and you can consult the paytable at any time to see which toys pay big cash and which are cheap and cheery! The regulations are also available under the games menu, which is helpful for beginning players.

After that, you'll need to decide how much you want to bet. Choose from the alternatives offered and make sure the quantity feels correct to you. All that's left to do now is spin the reels for the first time. At random, the reels will spin and stop. Three or more matching symbols spanning a pay line from the left reel to the right reel are winning combinations. Your wins will be credited to your account after winning combinations are highlighted. All payouts are made in accordance with the paytable.

The Fluffy Too slot is accessible to players thanks to its broad betting limits. You can play the Fluffy Too slot UK for as little as 25p per spin, up to £13 per spin. As an older slot, the Fluffy Too game does have a bit of a lower RTP of 95.3%, and combined with it’s high volatility, this game is actually far more challenging than it first seems. 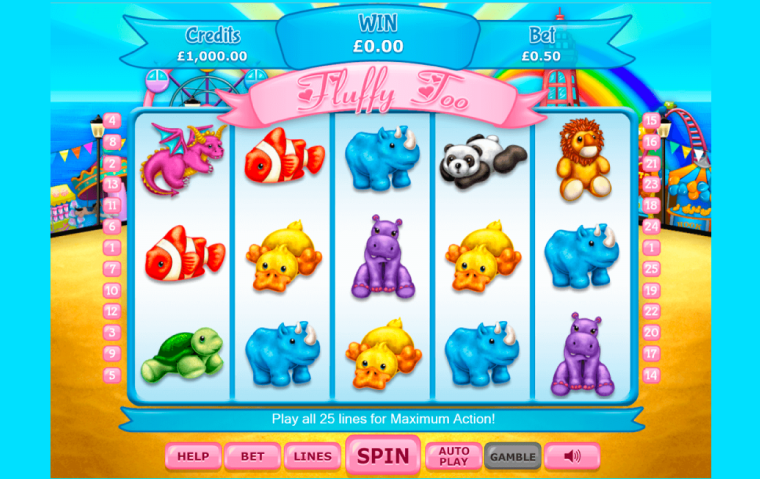 Fluffy is the mascot of the Fluffy Favorite series. This pink elephant, which acts as a wild sign, is a useful symbol to land on the reels. She can replace all other symbols except the coin symbol and is the scatter symbol in the game, triggering the Fluffy Too slot free spins.

The free spins bonus is triggered by landing 3-5 Fluffy (elephant) scatter symbols anywhere on the reels in a single spin, as previously stated. If you get three scatters, you'll get 15 free games, four will get you 20 free games, and all five will get you 25 free games. All line wins are tripled during the free games bonus. This means that if you get 5 purple hippos on a pay line, you'll win 15000x your stake! Even better, the free games bonus can be retriggered up to 15 times during the bonus round!

The coin pusher feature in the Fluffy Too online slot is triggered by landing three or more coin scatters in a single spin. Players can win up to 100 times their bet amount by selecting one coin each line.

Play Fluffy Too Online on Slingo

You can play the Fluffy Too slot as well a whole host of other fantastic titles at Slingo.com. Sign up and play today.

Classic Action Like No Other with These Top-Played Slingo Games

Slingo Games That are Inspired by Game Shows