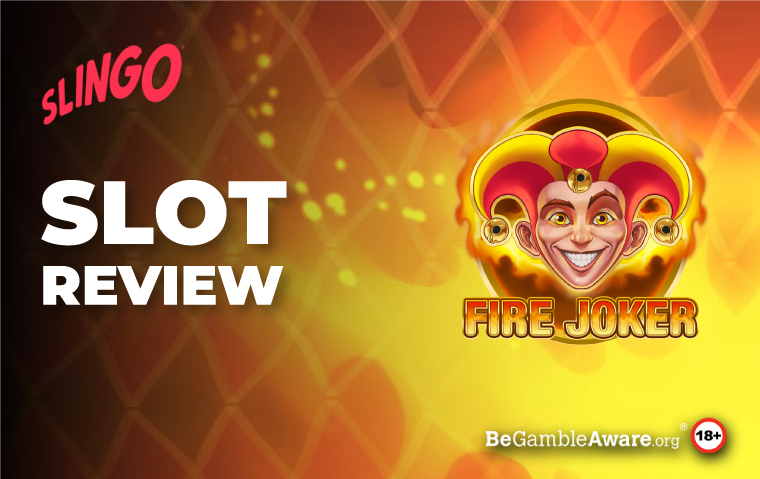 With the Fire Joker online slot, things are heating up. The Fire Joker slot online, developed by Play N'Go, is a blaze of action! With a 5x3 layout but only 5 pay lines, the stakes feel high and the excitement builds before you even start spinning.

The Fire Joker slot game features an astounding jackpot of 800 times your stake, as well as dramatic multipliers, a prize reel, and a re-spin option. If things are getting a little too heated for you, you can always try Fire Joker free play to get a feel for the variety of thrills and spills on offer.

What's nice about the Fire Joker slot game is that it can feel like a high-stakes game to tempt slot fans while simultaneously being familiar and welcoming to newcomers. If this is your first time playing, the Fire Joker slot machine will not burn you. It features retro fruit machine icons and a recognizable reel set up all with an exciting red hot flame theme.

Each of the symbols in the Fire Joker slot machine has a different value associated with it. Starting with the lowest-paying symbols, the Xs, Lemons, and Cherries will pay you anywhere from 2 to 5 times your stake. As you progress to the middle tier, you'll receive 6x your stake for grapes and 7x for plums.

Finally, there are the big three symbols: the Bar symbol awards 15x, the 7s symbol awards 25x, and the Fire Joker himself, who is not only the games wild but can also payout up to 80x your stake amount!

The Basics: How to Play Fire Joker Online Slot 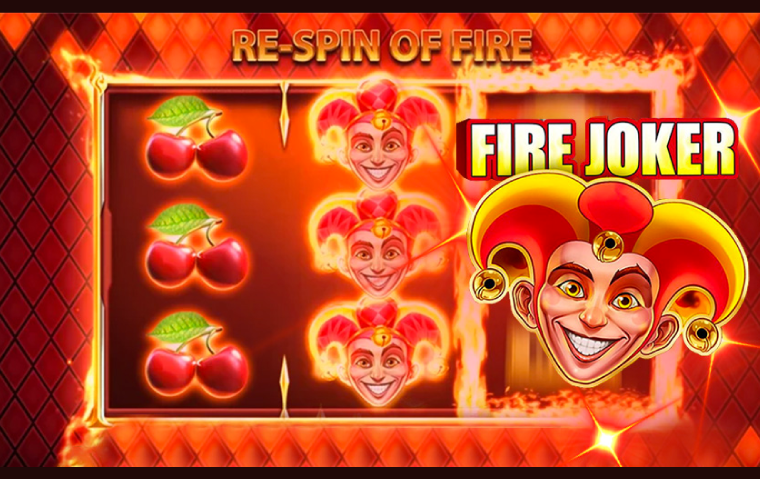 As previously said, the Fire Joker slot is fairly user-friendly and can be played on all devices including on the go through the mobile slot. To put you at ease, the reel pattern is based on conventional slot machines, and there are even familiar fruit machine icons. Don't be frightened off by the game's flaming appearance; while there's plenty of action to be had when playing Fire Joker, the paytable and game rules are simple to find with just a few mouse clicks.

Once you've decided on your wager amount, all that's left to do is push the 'spin' button to start the game. The reels spin and stop at random, as you'll notice. Matching symbols across any of the five pay lines (three horizontal and two diagonal) results in winning combinations.

Wagers on the Fire Joker slot UK start at just 5p per spin, which is great for new players. More seasoned players can also wager up to £100 per spin if they choose. It's common for retro slots to have a lower-than-average RTP, but the Fire Joker game is the exception to the rule as its RTP is perfectly on the market average at 96%. 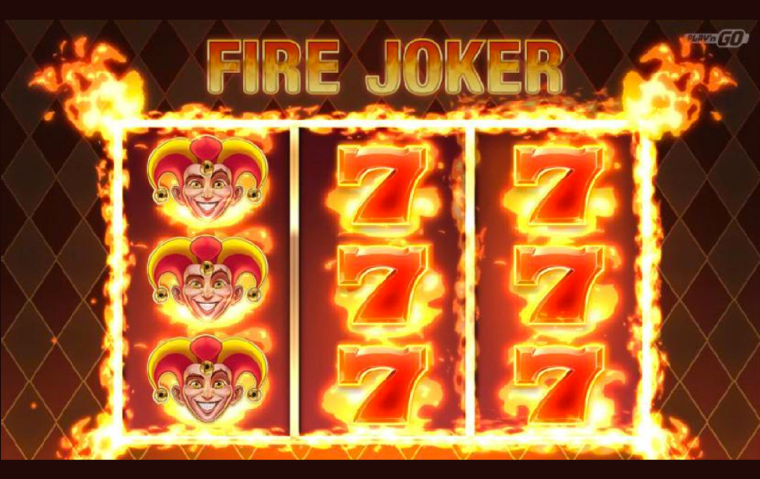 Flaming Respins are Fire Joker’s version of free spins. When stacked symbols appear on more than two reels, Flaming Re-spins are activated. The stacked symbols on the reels will be locked in place, while the remaining reels will spin again. You'll get a second chance to score winning combinations across many pay lines.

The Fire Joker is not only the highest-paying symbol but also the wild symbol in the Fire Joker slot. This means that the titular character can replace all other symbols, perhaps allowing you to create more winning combinations.

As previously stated, the Fiery Wheel of Multipliers will activate when you land 5 matching symbols across any pay line. The wheel will spin, and you could win a multiplier of up to ten times your original bet. This means that if you land 5 fire jokers on the wheel and then a 10x multiplier, you'll win the Fire Joker jackpot of 800x your stake amount - that's a lot of money!

Who said that a retro-inspired slot machine couldn’t bring some red hot action? The Fire Joker slot has been able to perfectly bridge the gap between a retro slot game and high-octane modern slots, offering a little something for all players. You can play the Fire Joker slot machine any time you like at Slingo.com so sign up and play today.

Classic Action Like No Other with These Top-Played Slingo Games

Slingo Games That are Inspired by Game Shows