Difference Between Bingo and Slingo Games 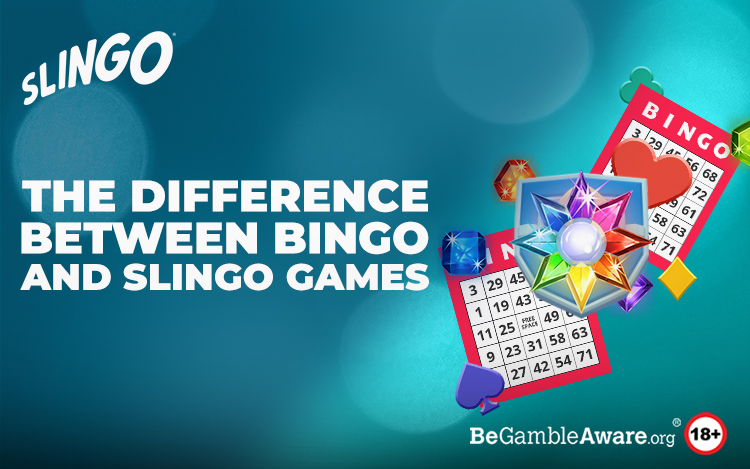 Are you a Bingo Fan or a Slingo Player?

In many ways, Slingo and Bingo are two sides of the same coin, with Slingo having been developed by combining existing Bingo rules and features of popular slot machines. While these games have their similarities, they also have their differences, which we’ll be discovering further in this article.

Bingo is a relatively simple game to play, which is one of the reasons it is so popular. You keep one or more cards, and the numbers are chosen at random. This would be similar to a slot game's RNG online, but in live games, it's from a tombola-style machine that randomly selects a number. Each number is represented by a stamp on your card; gather a line to win a prize; collect all the numbers to win a grand prize or even the jackpot.

Bingo is really simple to play and takes no talent, making it a lot of fun and straightforward to understand. The only thing players need to do is cross off their numbers when the person drawing the balls calls them out. Bingo games can vary when it comes to the number of balls used or the objective of the game (such as line configuration), but in general, Bingo will offer a reliably familiar experience with little variance from the norm.

Slingo is a hybrid game that first surfaced in New Jersey in 1994, when a high roller named Sal Falciglia had the brilliant idea of combining slot machines and bingo. The popularity of this game has grown, and online bingo sites now host various varieties of it.

Slingo does not take any special abilities to play, and it is also not a challenging game. To play Slingo, players must fill a 5x5 card by matching the numbers on the card with the numbers on the reel below it Each player has a set number of chances to spin the reels, and matching a line of numbers is called a Slingo, while marking off the entire grid is known as a Full House and awards the biggest payout.

Furthermore, since this game has been upgraded, players should be aware of the additional symbols introduced to the reels, which can rapidly boost earnings or provide bonuses. Gold Coin, Joker, Super Joker, and Free Spins are among the symbols seen in modern Slingo titles.</span

There are so many reasons why we think our players should give Slingo games a try. Here’s a run-down of some of our favorite reasons:

Of course, what the best Slingo games to play are will depend on what you’re looking for from your gaming experience. Luckily, however, there are so many Slingo games out there there’s something for everyone. For example, if you like high volatility or more high octane slots, you could try out Slingo Red Hot, Slingo Extreme, and Slingo XXXtreme. If you like games that have more of an old-school vibe then Slingo Classic and Slingo Centurion make great choices. If you’re a fan of preexisting slot machines then you could transition over to Slingo by playing titles like Slingo Rainbow Riches or Slingo Fluffy Favourites. Or, there are titles that are completely outside of the traditional Slingo box such as Slingo Showdown, and Slingo Cascade. Put simply, with Slingo games there’s a whole world of exciting fun to explore.

Now you’ve learned all about Slingo games, there’s only one thing left to do! Give them a try for yourself! And there’s really no place better than Slingo.com; it’s quite literally in our name. Here at Slingo we never miss a new release and have a huge library of the top Slingo games just waiting for you to enjoy, sign up and play today.

How Many Numbers Are on a Bingo Card?

How to Win Progressive Jackpots in Bingo
Follow us on