How to Play Slingo Wild Adventure

Slingo Wild Adventure How to Play 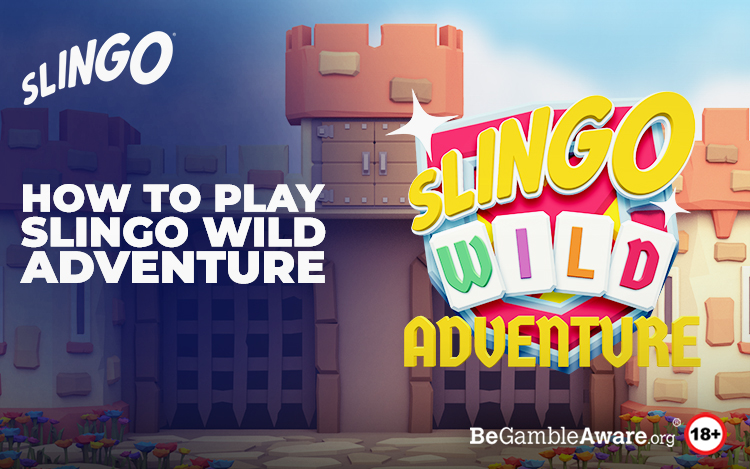 Go Wild in a Fantasy Kingdom with Slingo Wild Adventure

If you've ever played Slingo, you'll recognize the jovial jokers, but now it's time to visit the Slingo kingdom and meet the knights and lovely princesses that reside there. The goal of your journey through this enchanted realm is simple: spin the reels and look for multipliers, extra spins, and even enormous prizes! Say hello to the Slingo courtiers, who come in the form of fantastic modifiers like super wild symbols and assist to make every game a thrilling journey.

With high-definition cartoon graphics and a medieval soundtrack, this 20-pay line slot is a fantastic and magical addition to the Slingo family that will have you reaching for your sword and shield to gallop into action! 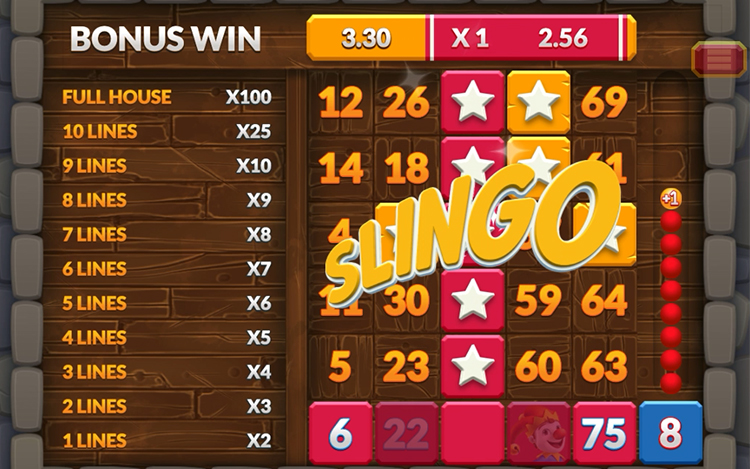 There are numerous well-known symbols, such as the Joker and the Devil, as well as symbols specific to the Slingo Wild Adventure game, such as skyrockets and bombs. Here’s a rundown of what you can expect to see on the reels:

Slingo Wild Adventure is a simple game to play and can be loaded at Slingo.com on any device of your choosing including on the go via the mobile slot. To begin, select your stake using the red 'STAKE' button on the left side of the screen. Because there are 20 fixed paylines in this game, your line bet is equal to your total wager divided by 20.

Once that's done, start spinning by pressing the red 'Spin' button on the right side of the screen. From left to right, three or more matching symbols on an active pay line equals a winning combination and all payouts will be made in accordance with the paytable. You can match up to seven symbols on the reels thanks to the Splitter Wilds.

How to Win on Slingo Wild Adventure 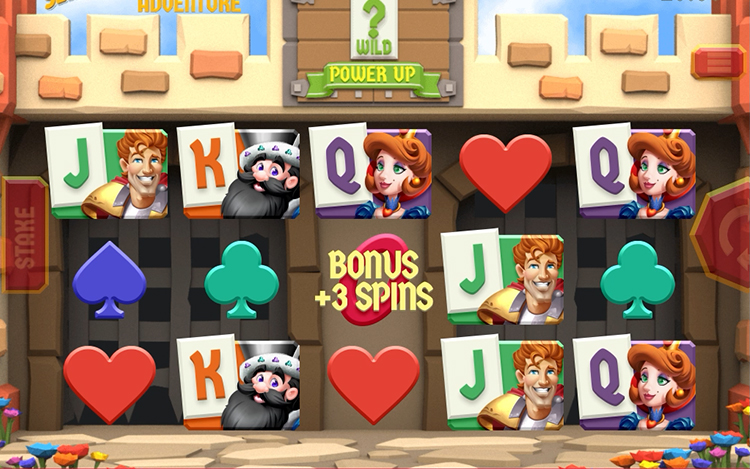 When playing Slingo Wild Adventure, there are two methods to win. When playing the slots game, you'll get traditional pay line wins, with the chance to play some Slingo on the side to gain additional multipliers.

In the base game, you're on the lookout for joker power-ups that can change the way you play and help you win big. These are rewarded in multipliers and work in the same way as traditional slots; to win, you must land three or more matching symbols on a highlighted payline. The wicked stepmother is the highest-paying symbol, paying out 100x, 200x, 500x, 2000x, or 5000x your bet for three, four, five, six, or seven of a kind.

The Slingo Wild Adventure bonus is played in the same way as a regular Slingo game, with players making slingos by crossing out all of the numbers on the 5x5 grid. Each Slingo contains a multiplier award, which can increase your total win by up to 100 times, but more on this in the next section.

Make the Most Out of Slingo Wild Adventure Bonus Features 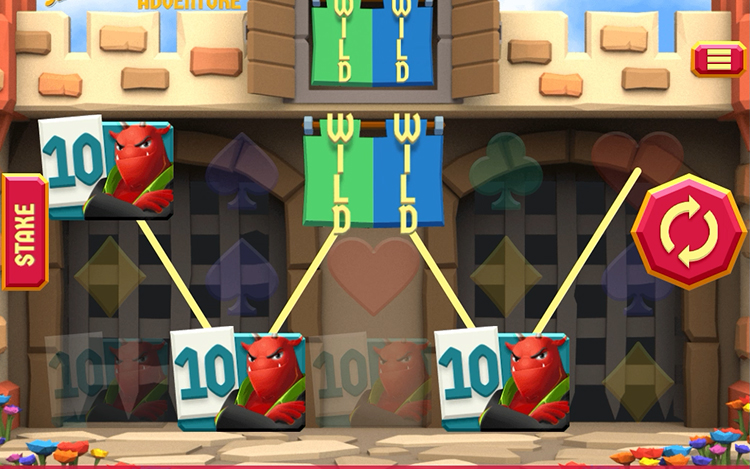 The Slingo Wild Adventure Bonus is triggered by landing a Bonus symbol on reels 1, 3, and 5. You'll be brought to the classic 55 Slingo grid, where you may win cash by matching numbers on the reel with numbers on the grid. The Bonus symbols that started the feature will show you how many spins you have left (the 3 numbers on each symbol are added together to give a spin total). Every Slingo you get moves you up the multiplier ladder, and there are certain special symbols to search for on the reels:

The bomb symbol can mark off squares above, below, to the left, or to the right of where it lands if it appears on the 5x5 grid. Boom!

Thanks to this handy feature, you'll have a better chance of triggering the Slingo Bonus. If you only get two Bonus symbols on the reels, you can pay to have the third reel respin in order to activate the feature.

The game's name comes from the large number of wild symbols that are available. Regular Wilds help you complete line winnings by substituting for all symbols except the Bonus, while Super Wilds are randomly 'charged up' during the game. The following are some modifiers to be aware of:

At Slingo.com you can play Slingo Wild Adventure any time you like and on any device of your choosing. You can also find a great selection of slots, Slingo games, Bingo games, and casino games too, so to discover more sign up and play today.

How Many Numbers Are on a Bingo Card?
Follow us on